The Parliament (Haimauman), unicameral, comprises 74 senators (awayuni) since 2012, when the number of chairs was reduced from 100. Every 4 years, 50% of the senators are elected for a mandate of 8 years, from 15 electoral districts  (see map below). The number of senators are proportional to the population of each district. The prime minister is chosen by the Parliament, based on the absolute majority, for a renewable mandate of 4 years. 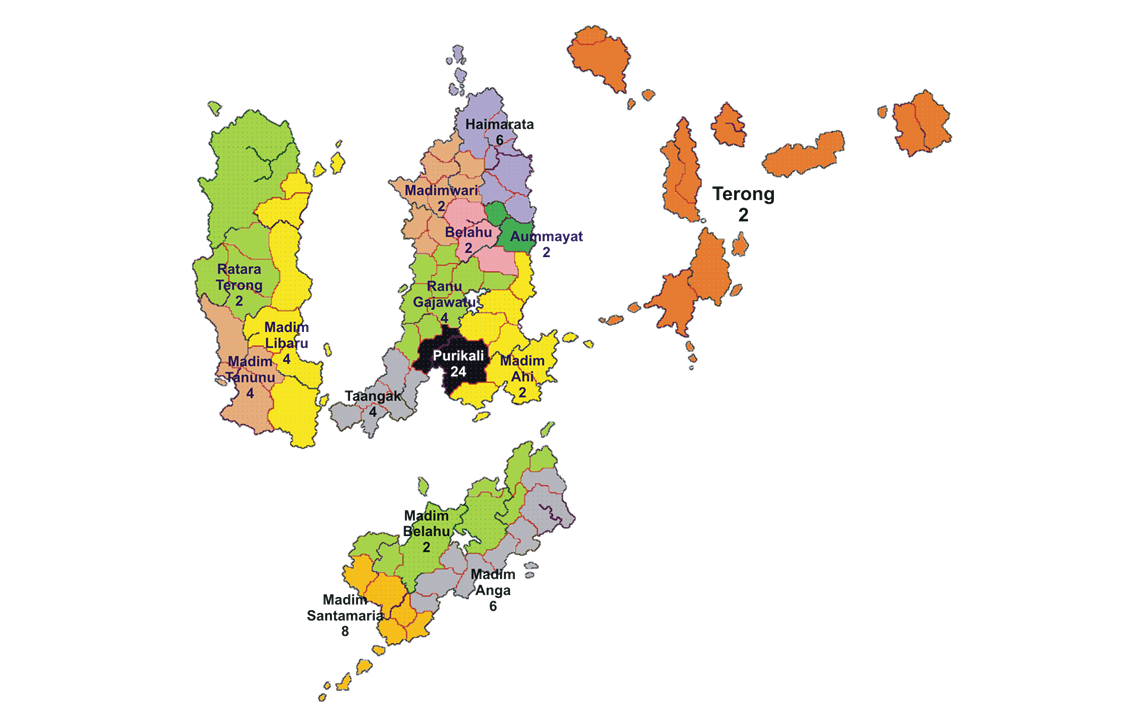 Parti Tana (1960) - The "National Party" is originated from the Catholic aristocracy fighting for the independence of the country and is monarchist and nationalist. The leader is Mr. Roman Raiki.

Parti Haima (1975) - The "Party of the People" is socialist and pro-nationalisation. The leader is Ms. Samira Dahe.

Parti Majuwe (1975) - The "Party of Progress" is for a liberal economy with minimum participation of the State. The leader is Ms. Winira Raiki.

Parti Sosyalis (1992) - The "Socialist Party" is favourable to statisation. The leader is Ms. Teresa Aramkuru.

Parti Demokrat Kèristaung (2010) - The "Christian Democratic Party" is favourable to a liberal economy and pro-Western. The Leader is Mr. Markus Santos.

The distribution of seats in the Parliament for 2022 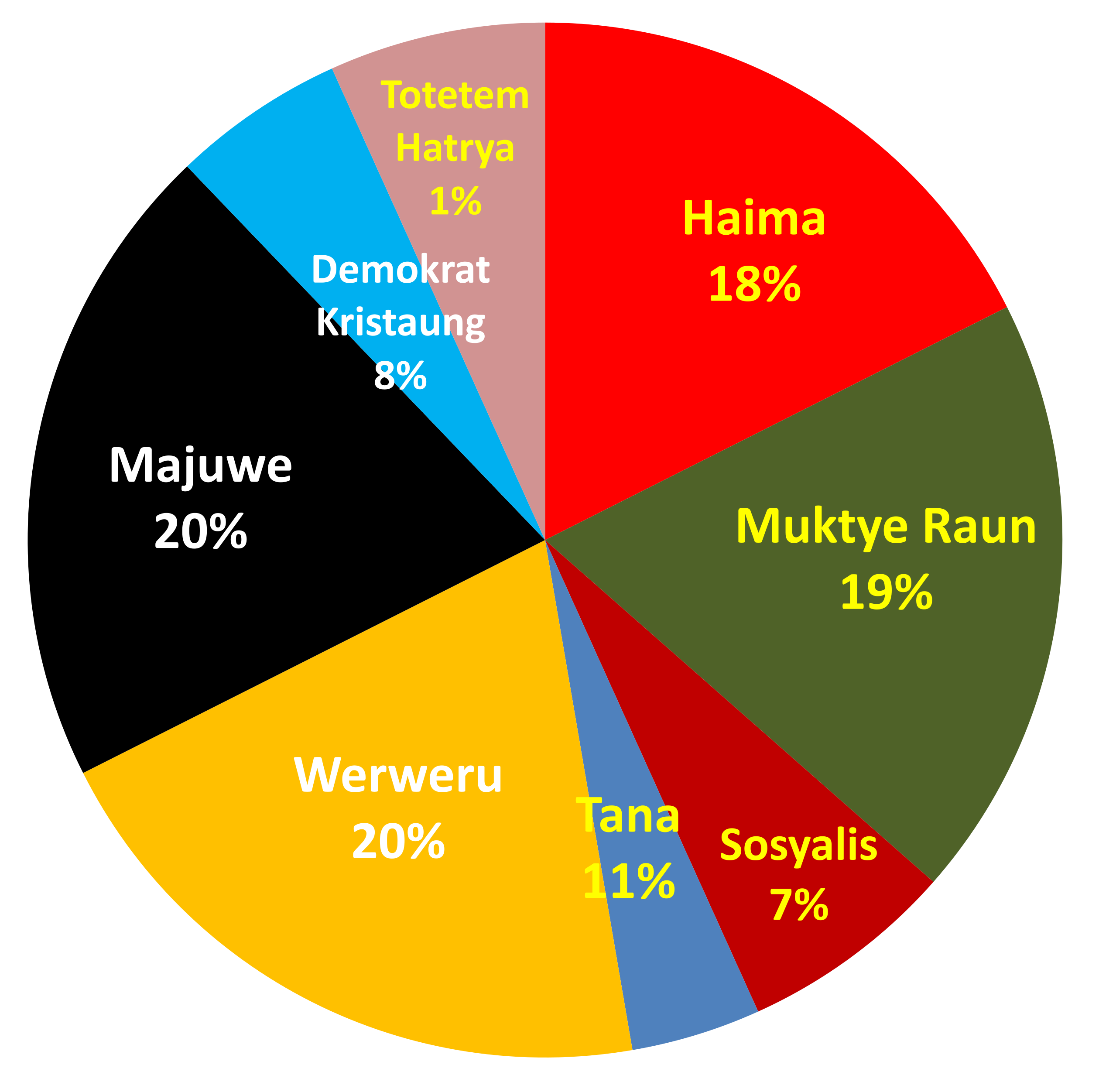